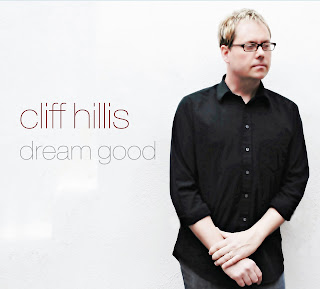 Some albums scratch the reptile part of my brain. Most of the time I can sit down and dissect the song writing, instrumentation, vocals and harmonies of a recording, teasing out exactly what I appreciate and what doesn't quite appeal to me, but sometimes all I can do is react instinctively. Its as if I've turned into caveman Rich who can only grunt and say "Sounds sound good."

Cliff Hillis's Dream Good is a prime example of sounds that sound good.

It's my favorite album of the year, and I doubt seriously if anything will offer a serious challenge as the year winds down. It is also an album that I contributed to as a Kickstarter backer. I got my money's worth and then some.

The album begins brightly with the Matthew Sweet-ish "Keep The Blue Skies" and never really lets up from there, whether you're talking about the spritely "Sing it Once Again" or the Beatley "Talking Tree" or the thumping "Twin Sisters."

Special notice should be given to the two tracks co-written with pop icon Scot Sax, "Welcome to You" and, especially, the magnificent "When You're Listening," a driving power pop anthem for a new generation. These tunes are so good and so fully realized I cannot help but wish Hillis and Sax would get together to record an entire album of material. (And, yes, I'd back that Kickstarter as well. Just try to stop me.)

The album is so assured that even the material that could have been a misstep works perfectly. Take the agnostic talking to God song "What's Your Name." Really fine artists have bungled badly with such subject matter (Yeah, Andy Partridge, I'm looking at you!), but Hillis hits just the right note of pathos and humor to keep the song from descending into the depths of juvenilia.

So, do yourself a favor and buy this album. The reptile part of your brain will thank you.

Screaming Into The Void

Don't ask me why, but I think I will soon begin writing more material for this blog. Part of it is I just miss the rhythms of writing.....