No one asked for this album.

I mean, no one ever said, "I sure do hope someone somewhere will record a glam'd-out steampunk pop/rock western."

Luckily, for us, Bryan Scary did it anyway. 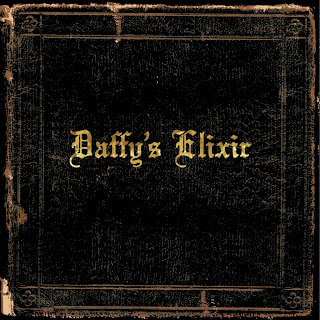 As unusual as this album is in some ways, it is easily accessible for those well versed in the last forty-plus years of pop music. The list of "influences" one could detect here would be nearly endless. Off the top of my head I hear nods to ELO, Queen, Elton John, Supertramp, Jellyfish, 10CC, Yes, Mott the Hoople,  Steve Harley and Cockney Rebel, The Sweet, The Beach Boys, etc. The result is an album that will be too prog for pop hounds and too pop for prog die-hards, but should hit a sweet spot for those ear candy/sound sluts among us.

The opening track "The Wicked Frontier" sets the stage with some beautiful Beach Boys style harmonies playing over a landscape of rolling tumbleweeds and dusty plains, though the album doesn't beat you over the head with jokey western cliches. Indeed, the album is too busy covering a vast expanse of pop music styles to get pigeonholed for too long. The next three tracks ("Ziegfield Station," "Cable Through Your Heart," and "The Silver Lake Mining Company") are so different from each other that you would think the incongruous nature of it all would drag the whole thing down. However, the theme running through the album is so strong the listener is happy to play along. It doesn't hurt that each track is so damn tuneful and inviting.

"Ballroom Kid" sounds exactly the way a pop fan would want it to sound; big, brassy and rollicking. "Day-Glo Waterfalls" visits 1970's pop/soul in a way that reminds me of Hot Chocolate.... kinda.... sorta... whatever its doing it works beautifully. "You Might be Caught in Tarantella" is a spooky piece of Gothic horror that draws as much from cinema as anything else.

There really is something cinematic about the whole thing. It's as if it were an album as produced by David Lean. Fittingly, the 15-track, 70 minute affair may go on a smidge too long. (How Leanian.) However, there is no doubt in its ambition and execution Daffy's Elixir is something of a small classic.