I had the good fortune recently to spend an hour or so chatting with power pop songwriter and performer Mark Bacino. During our conversation I learned a few things. For starters, his family Americanized the name back in the day so it's pronounced "Bah-see-no" and doesn't rhyme with "Al Pacino" at all. Oh, and if you want Willie Wisely to sing on your record you can start by simply asking him to sing on your record. (Who knew?) I also learned Bacino takes a broad view of his brand of music making. To my ears Bacino's music has always put me in mind of 70's AM radio, with a touch of Todd Rundgren and Marshall Crenshaw thrown into the mix. 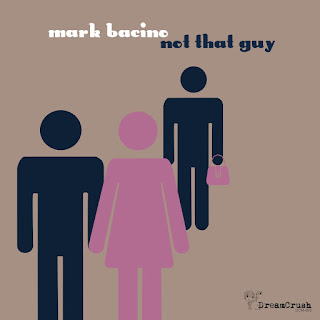 On hearing this Bacino laughed and said, "Yeah, thanks. Most people when they think about my stuff say the Beach Boys and the Beatles, and, sure, I love that music and it is definitely an influence.... I'm not saying it isn't.... but yeah I love that 70's stuff... Harry Nilsson... early Hall and Oates records... all that kind of thing."

Certainly the breadth of Bacino's interests can be heard in his output to date. After releasing two well regarded power pop records in the classic vein, Pop Job (1998) and The Million Dollar Milkshake (2003), Bacino returned with a quieter and more lyrical song suite, Queens English, in 2010. During our conversation I mentioned I considered this album his Village Green Preservation Society.

"Exactly!" he responded. "Or Muswell Hillbillies. It's funny that album got mostly positive reviews, but I did hear it from a few of the hardcore power pop guys. I never got that. I was exploring a Ray Davies kind of thing on that record. How is that not part of this kind of music?"

Luckily, Bacino is more interested in following his instincts when it comes to the music he wants to make. This is evident on the first listen to his new single "Not That Guy" (available at Amazon and iTunes.) For the opening few seconds the music sounds as if it is coming straight out of a transistor radio from 1971, before Bacino's vocal comes in over a bouncy piano that propels the song forward. The lyric is a take on the whole "nice guys finish last" scenario, which all of us nice guys have lived through often enough to add the appropriate level of poignancy here. The songwriting is top notch, and the singing and production are also excellent. It certainly should bring a smile to anyone who loved Pop Job.

There is also the good news to report that there are more sounds coming from Bacino. "I've got my own studio space now. Someplace I can go at 3 p.m. or 3 a.m. where I can work and not be annoyed with outside noise..... Actually, the next single is almost ready to go. It just needs to be mastered. The plan is to release a couple more singles and, hopefully, record the balance of tracks for a new album in the future."

If "Not That Guy" returns, at least a little bit, to the Pop Job sound the next single promises a slightly more Queens English vibe. After mentioning this to me Bacino laughed and stated, "The power pop guys might not be happy about that."

The Premise: A compilation of 12 tracks power pop vet Bill Lloyd recorded for assorted and sundry artist tribute albums over the years. 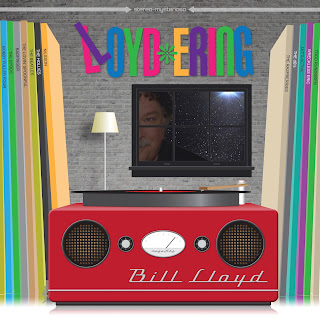 What? You need more? Really you shouldn't, but on the off chance you are one of those people who have been raised by wolves and are only recently returned to civilization I'll go into a little more detail.

Well, for starters, the artists covered read like a Who's Who of good taste: The Beatles, Todd Rundgren, The Byrds, Badfinger, The dB's, and The Hollies are all represented with killer tracks, each one seemingly selected to perfectly showcase Lloyd's particular style of music making. For example, the Badfinger entry "Lonely You" winds up sounding more like a Bill Lloyd song than anything else. So much so you start to wonder what sort of time machine Badfinger used to jump into the future to steal it (time paradoxes be damned.) "Step Inside," originally Lloyd's contribution to the classic Sing Hollies in Reverse tribute disc, is, if anything, better than the original. The multi-tracked vocals layer upon each other dripping with warmth and delicious harmony. It is simply gorgeous start to finish.

In general the versions here are faithful to the original records. Lloyd's version of "Coconut Grove" is a little slower and a little more trippy than The Lovin' Spoonful did it, but then again, why the hell not? John Lennon's "Across the Universe" gets a suitably reverent, if also slower, rendition that sounds both sparse and lush at the same time. Technically speaking that shouldn't be possible but Lloyd pulled it off.

Lest you think Lloyd skews entirely towards 60's and 70's material, he adds classic alt-80's fare with note perfect renditions of The dB's jaunty "Neverland" and Let's Active's hook laden "Every Word Means No" as well as a groovy take on Wreckless Eric's pop staple "Whole Wide World."

This album is so much fun first note to last that any fan of this type of music will only be sorry to hear it end. Of course, that is why God invented "repeat" buttons.