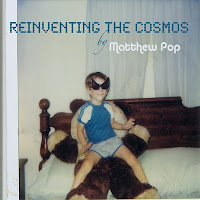 With a name like Matthew Pop and sporting an album cover more than a little reminiscent of an album entitled 100% Fun, it is difficult to not expect a Matthew Sweet style power pop assault from this fourth effort by Mr. Pop.

That's not exactly what one gets, however. There is little of Sweet's, well, sweetness here. The sound reminds one more of Frank Barajas or, especially, Jason Falkner. "Without You" is a sonic treat with a odd and engaging song structure. "Everytime You Say Goodbye" is the best up-tempo track on the album and almost overburdened with hooks. "Take Me Home" is a first class rocker. "Carolina Crush" is a great mid-tempo offering in a Del Amitri vein.

The album doesn't sustain its strong beginning completely. "Juggernaut" doesn't live up to its title, and "The Younger Kind" tries to make an interesting use of auto-tune...well, I'll give him credit for trying.

"Headstones and Rocketships" gets things going back in the right direction, and the rest of the album follows in good form, even if it never quite matches the album's beginning. Still, this is a good album which never overstays its welcome. 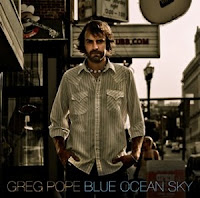 It's just that over the last five years or so no artist working in this genre has been as consistently great as Pope, as witnessed by him popping up twice in the Pub's best of the decade list. Blue Ocean Sky keeps the streak going strong.

The album has a bit of a quirky beginning. "The Awful Whisper" and "My Resignation" are short song-lets which almost sound as if they belong in a second side of Abbey Road style medley. And, that isn't the only Beatley moment on the record. "I Tried To Like You" has chiming guitars and a great prominent bass line which wouldn't sound out of place if it were inserted into the running order of Revolver.

"Underneath The Sun" is a wonderful slice of early 90's style power pop in a Matthew Sweet vein. "Back Together" is a tune which gets up to speed quickly and never lets up. "Head Above Water" and "You Don't Really Mean a Word" are great back-to-back tracks which achieve a Hollies/CSN vibe with 70's R&B overtones. (Or something like that. You listen to it and tell me what you hear! Either way they are awesome....that's the point!)

It is not the weightiest album you'll ever hear (and the lark-ish "Christmas Snow" adds to that lighter touch), but this is fine music presented expertly. If anything Pope's voice sounds better here than on anything else he's recorded.

This is well worth picking up.

Life is doing its best to kick my ass, thus the lack of new material here. Hopefully, this will change soon and I can get back to more regular posting.

I have updated the Pub's play list with a couple killer tracks off of Greg Pope's new one, Blue Ocean Sky. I should get a full length review of the album up soon. 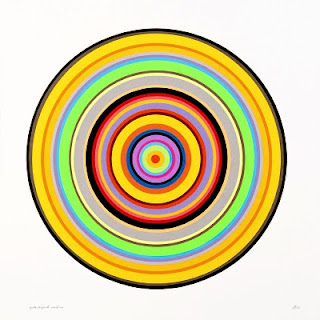 I wonder if its something in the water up there?

On first listen to this second effort from China Syndrome (though the first I've heard from them), the band I immediately thought of was another Vancouver B.C. outfit, The Tomorrows. Indeed, this album sounds like a less polished version of Jupiter Optimus Maximus, the 2009 Tomorrows release.

The good news is it's that less polished rough edge which gives this album character. "Let's Stay at Home and Let it all Hang Out" kicks the album out of the starting gate with high energy. In a similar vein, the Stones meets The Replacements vibe on "Falling Behind" is hard to beat.

"Friend or Enemy?" is an unexpected foray into 80's pop/rock reminiscent of The Tubes, and its a lot of fun. "Lost in the Bag" is a quirky number, with an engaging lyric to help it along. "Apropos of Nothing" sees China Syndrome in its best 10cc songwriting form along the lines of a song like "Dreadlock Holiday." Its oddly engaging.

The bad news is a number of the songs don't add a whole lot to the proceedings. "Get a Life," "See You Around," and "You'll Get Me Back" simply are unmemorable. As a result the album is never able to generate much momentum behind it. Still, the high points are high enough for repeated listens.